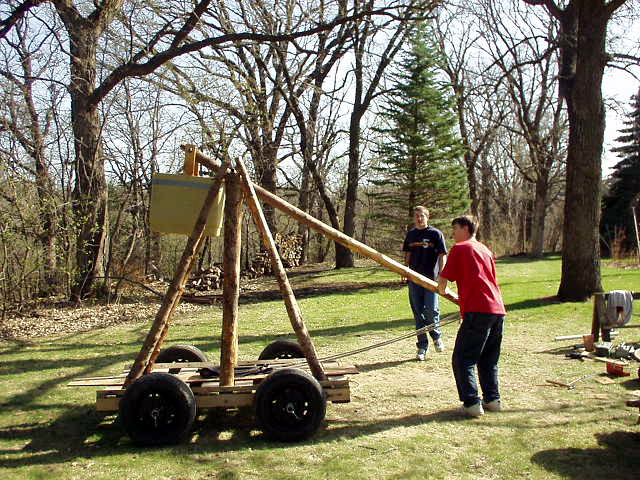 In high school my friend and I built a trebuchet. It was a fun physics project and a year or so later we decided to build a bigger and better one. We used it at a neighbor's pumpkin festival to launch pumpkins.

Later I built a small desk sized trebuchet that I used to hurl candy pumpkins at friends in school. I also built a smaller trebuchet to be used on stage at a vaudeville style comedy show.